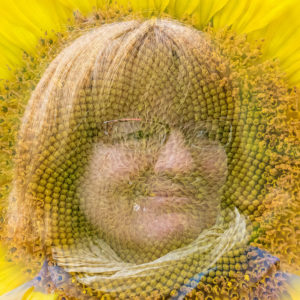 Born in 1965 in Göttingen, Germany. After school, I spent one year as an au pair in London. From 1985 through 1993, I studied for a master’s degree in sociology as well as British and American Literature and, as a volunteer, took various summer schools in New Literatures in English. Studies included 6 months with a DAAD scholarship at the University of Sheffield and six months part-time-work in two publishing houses in London.

After graduation, I worked for 10 years as a freelance translator of non-fiction and fiction books.

Since 2005, I have been working at ZSW (Centre for Solar Energy and Hydrogen Research Baden-Württemberg) in Stuttgart, at present I am the Public Relations Coordinator there.

I started photography in about 2002, learning the technique. Later I began to be interested in photography as an art form. Since 2008, I have taken various summer academy courses with Valérie Wagner, photographer in Hamburg. For some years, I also joined a photo group in Stuttgart (Fotogruppe blau) where I studied with Volker Schöbel (see www.volkerschoebel.de) and took part in a few exhibitions.

Welcome to my photography project "Vertrautes Land" - on the left and right, you find various methods of contacting me. I am looking forward to your views on my project!